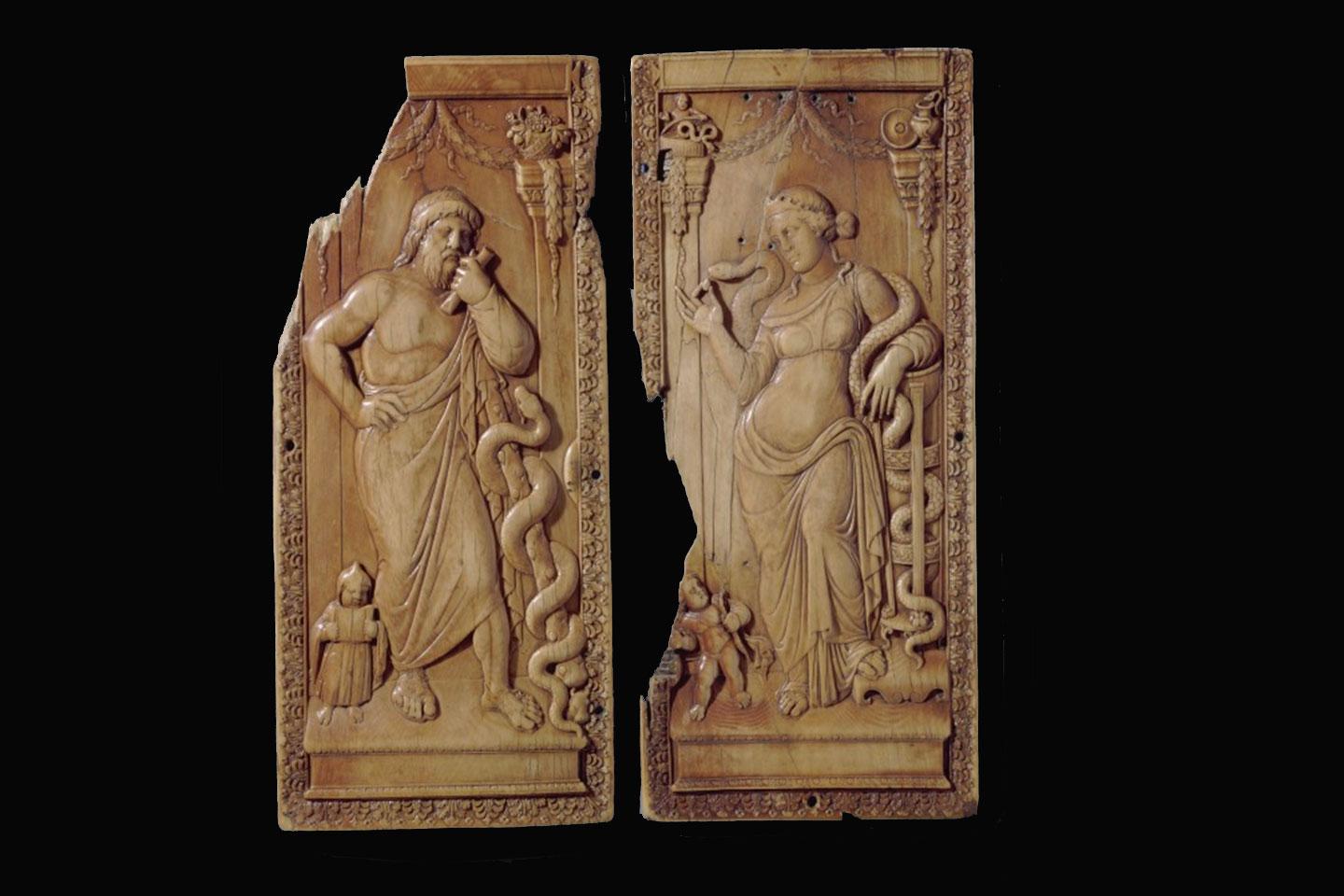 The British and European collection has a wide chronological span, from the Palaeolithic to the post-Medieval period.The four most important collection areas are the prehistoric stone tools, Celtic antiquities and Early Medieval ivories. Except for a small amount of material from 19th century excavations we do not have finds from the Merseyside area as these now form the archaeology collections at the Museum of Liverpool.

The collection of carved ivory is internationally famous. 21 of the ivories are from Joseph Mayer's collection, some ofwhich were formerly owned by Baron Fejérváry. In quality, if not in quantity, the Mayer ivories can onlybe compared to those of the British Museum (Maskell collection) and the Victorian and Albert Museum (Webb and Saltingcollections).It is the equal of the great collections at Berlin and Milan, and is exceeded only by the unique richesof the Cabinet des Médailles in Paris. Another rare object is a 12th century candlestick made from the horn ofa narwhal (arctic whale).

The collection of several thousand prehistoric stone tools is mainly from sites in southern England and north-west Europe.

Celtic objects from the collection of Joseph Mayer of exceptional quality and importance are: the 'Mayer Mirror', the'Mayer Spoon', the 'Ulceby Bit' and the 'Trawsfynydd Tankard'.

These include archaeological finds from the so-called 'Swiss Lake Villages' (settlements on the lake-side) dating fromthe Neolithic and Bronze Age. At the other end of the chronological spectrum there are some 300 pieces of armour, firearmsand crossbows, many from the 16th and 17th century AD.