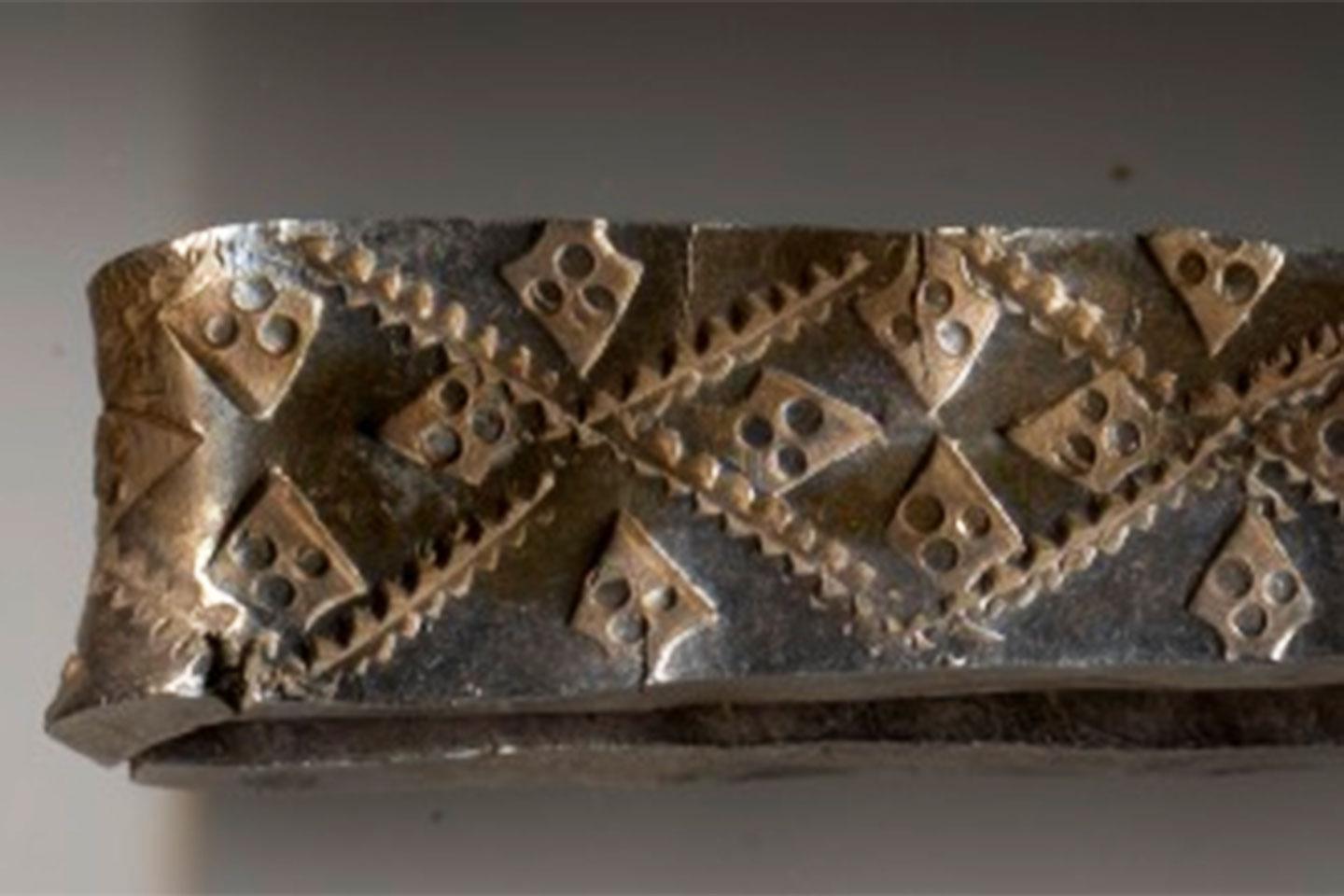 The Huxley Hoard is a collection of Viking silver that was buried for safekeeping, but was never retrieved. The 21 bracelets and one ingot were discovered near Huxley in Cheshire in 2004. The hoard is owned jointly by Chester Grosvenor Museum and the Museum of Liverpool.

This is part of the Regional Archaeology collection.

Discovery of the hoard

The hoard was discovered in November 2004 during a weekend metal detector rally organised by the Lune Valley Metal Detecting Club at Huxley, Cheshire. The finder, Steve Reynoldson, firstly stumbled across some fragments of sheet lead about a foot beneath the turf but this was rapidly followed by the discovery of several large items of silver. In all some 22 silver items were recovered as well as 39 lead fragments. At the time of discovery it was not immediately apparent what the silver objects were but the consensus was clear, they were Viking!

Luckily, local archaeologist Dan Garner was visiting the rally as the finds were being dug out of the ground. He was able to confirm their date and undertake a mini excavation of the findspot, but no further items were found.

The hoard was examined by experts at the British Museum and was then acquired jointly by Chester Grosvenor Museum and the Museum of Liverpool with funding from the National Lottery Heritage Fund.

Contents of the hoard

The hoard is thought to date to the first decade of the tenth century AD. The 22 silver objects consist of one small cast ingot and 21 bracelets or arm rings that had been folded flat, probably for ease of burial. Sixteen of the bracelets are intricately decorated with stamped designs using a distinctive type of punch work.

The presence of lead fragments suggests that the silver was either wrapped in a sheet of lead or could even have been buried in a lead lined wooden box, all traces of the wood having now vanished.

How the hoard came to Cheshire

Bracelets of this type have been found in other hoards in the Northwest of England and North Wales, as well as in Norway. The most famous was the massive hoard of Viking silver discovered on the banks of the River Ribble at Cuerdale, Lancashire in 1840.They are a type believed to have been produced by Norse settlers in Dublin during the late 9th and early 10th centuries AD. Thus the hoard could be interpreted as bullion buried for safekeeping by Viking refugees who settled in Cheshire and Wirral after being expelled from Dublin by the Irish in 902 AD. Alternatively, it may have belonged to Vikings who were raiding this part of Cheshire, sailing up the then navigable River Gowy from the Mersey estuary but for whatever reason, never returning to recover it. Alas, we will never really know why the hoard was buried. Find out more about the Huxley Hoard on the Portable Antiquities Scheme website.

Who are the Vikings?

'Viking' is an Old Norse term which describes people who were active raiders, traders and settlers in other areas of Europe. The word Viking is often translated to mean pirate, but may derive from the Old Norse term 'Vik' meaning bay or inlet, describing where these people travelled from.