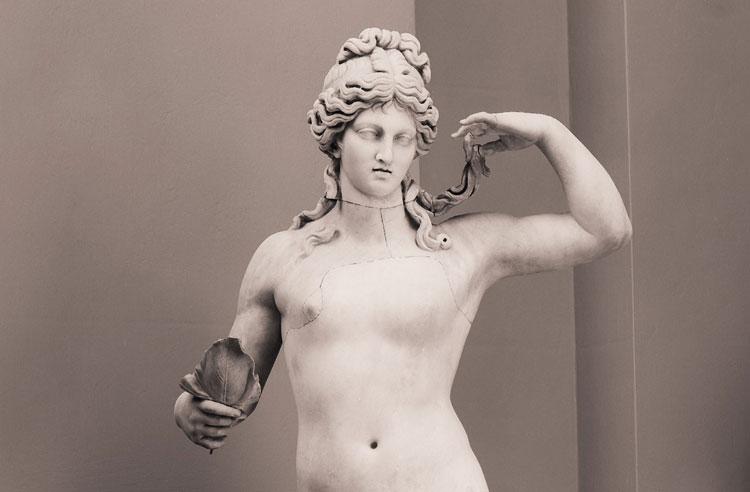 Society’s understanding of gender and biological sex has changed over time. Cultures throughout history have had different ideas about gender roles, been open to the possibility of a third gender and comfortable with people changing between genders.The objects gathered here explore some of these instances.

More and more people are today choosing different terms to describe their gender or sex because they do not identify with those most commonly used. Words like genderqueer or non-binary can be used by people to signal a less rigid view of gender or that they identify with elements of both.

Clothes have historically been an important way for people to express their identity. Some people might try to avoid or exaggerate feminine or masculine modes of dress for a number of reasons that are not always linked to how they think and feel about their gender. While dress has been used by some people to communicate their sexuality, being genderqueer*, intersex or transgender does not imply any specific sexual orientation.