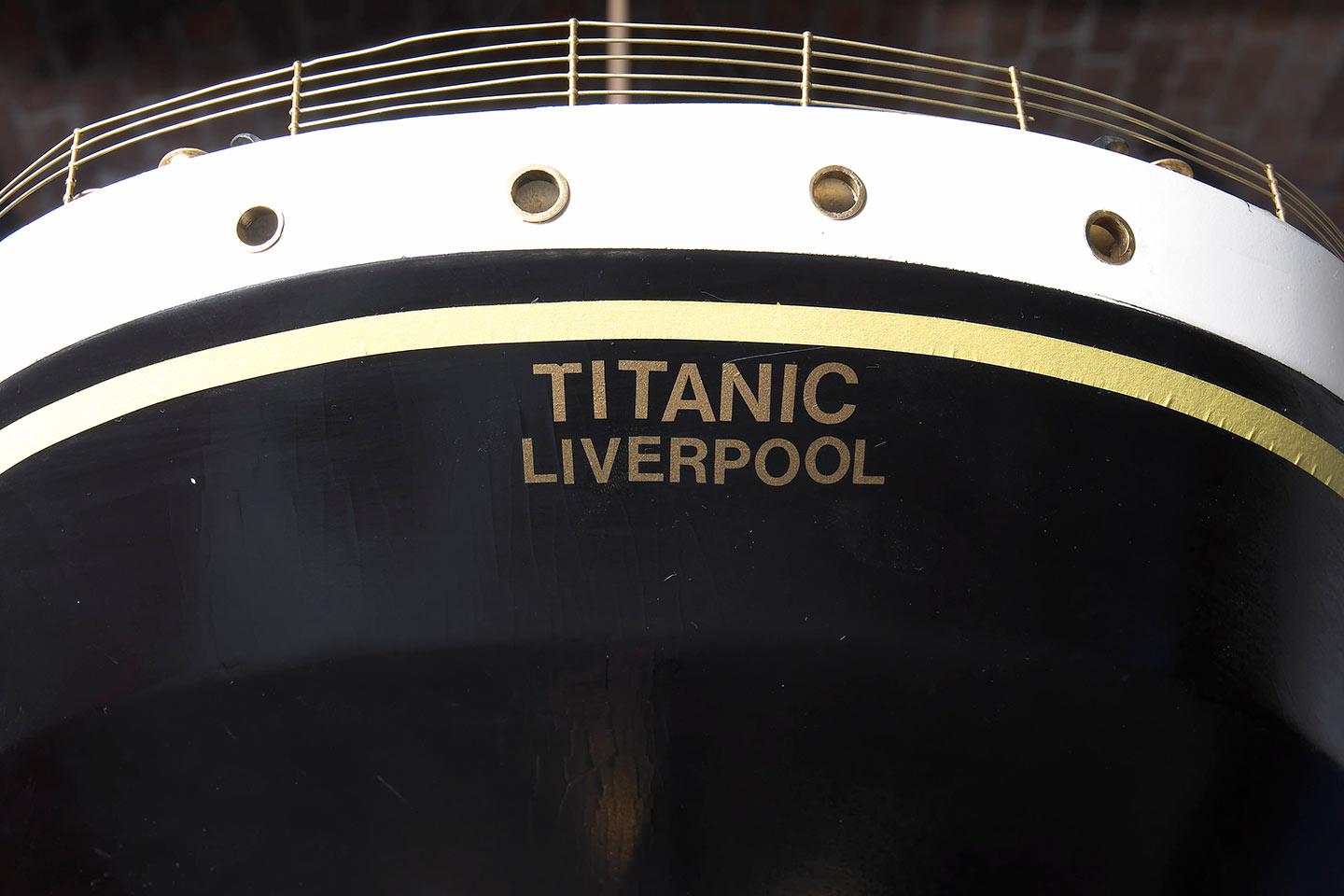 Titanic was registered in Liverpool, and so carried the city’s name on her stern.

Although she never visited Liverpool, Titanic had strong links with her home port. The Maritime Museum's collections tell the story of the ship's connections to the city and how its loss impacted the people of Liverpool.

Titanic, then the largest ship in the world, left Southampton for New York on Wednesday 10 April 1912. On board were 922 passengers, later rising to 1316 after calls at Cherbourg and Queenstown. With her crew of 892 she carried 2,208 people in all. Although she was little more than half full, her 20 lifeboats could only carry about half of the people on board.

At 11.40pm on the night of Sunday 14 April she struck an iceberg to the south-east of Newfoundland, which fatally damaged the hull. The ship sank two hours and forty minutes later with the loss of more than 1,500 lives.