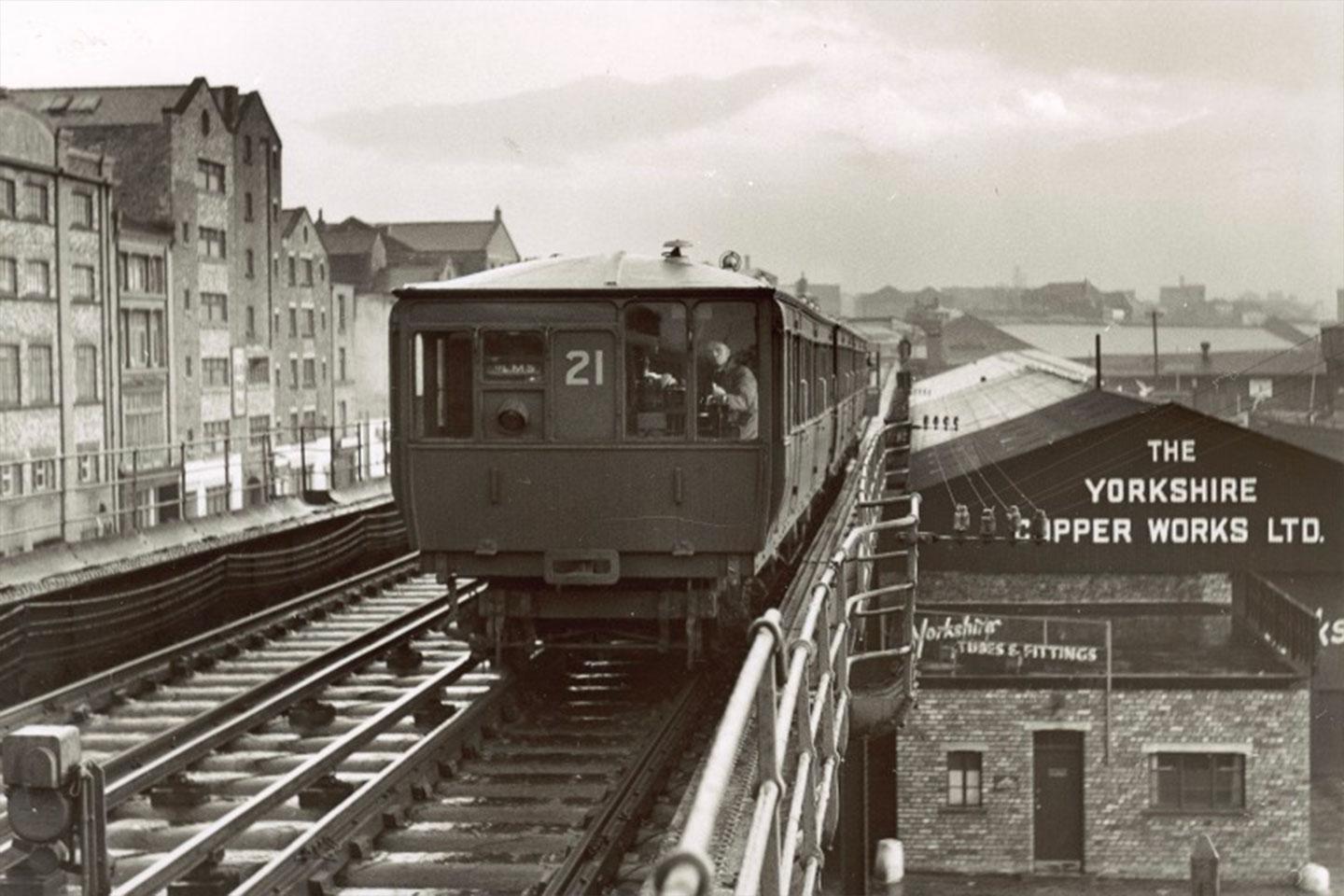 Liverpool Overhead Railway - the end of the line

The Liverpool Overhead Railway closed on 30 December 1956 after more than 60 years of operation. It had opened in 1893 to carry workers to jobs along the docks and waterfront and was the first electrically-operated elevated railway in the world.

This is part of the Social and Community History collection.

It was both quick and reliable and was affectionately known as ‘The Docker’s Umbrella’ as it protected those who walked underneath from the worst of Liverpool’s weather! It was also marketed as a tourist attraction taking in the fabulous views along the River Mersey. TheLiverpool Overhead Railway operated through two World Wars and was crucial in moving workers along the docks during these periods.

The structure suffered great wear and tear throughout its life along with bomb damage in the 1940s, and following a report highlighting around £2 million of repairs the Liverpool Overhead Railway Company announced the closure in 1955. On the last day at 10pm the final two trains ran from each end of the line and heralded the end of an era.

Sixty years on the railway still evokes great memories of trips along the waterfront and has inspired artists, poets and academics to produce films, interactive exhibits, works of art and poetry recalling the heady days of travel on the Liverpool Overhead Railway.