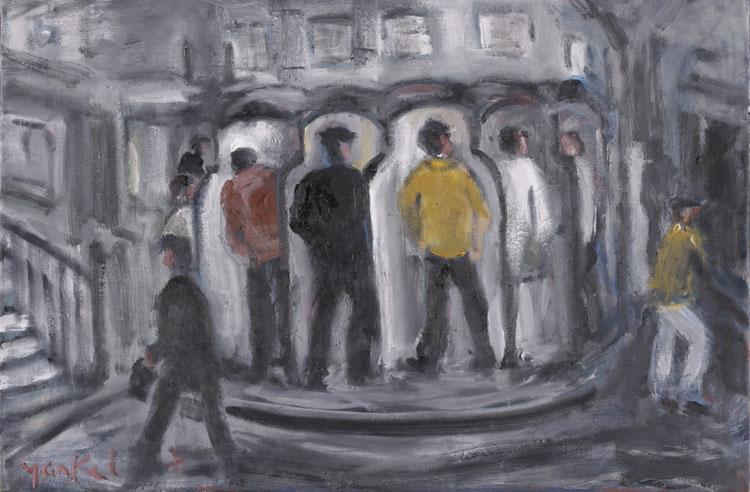 Historically, LGBT+ people met and interacted in less visible places owing to legal prohibition and the threat of abuse.

In the past these spaces included private rooms or ‘closets’ in stately homes, and the clubs, pubs and coffeehouses that were known as ‘molly houses’. Since the 17th century, gay and bisexual men have sometimes used more public environments such as parks, squares and walkways as ‘cruising’ areas. Venues that perhaps attract more liberal audiences, such as art galleries, museums, theatres or alternative music venues have also acted as safer places for some LGBT+ people to socialise.

Some of the local places represented here still exist today but many well-loved LGBT+ venues and places have been erased from the city due to closure or demolition; only their memory survives.