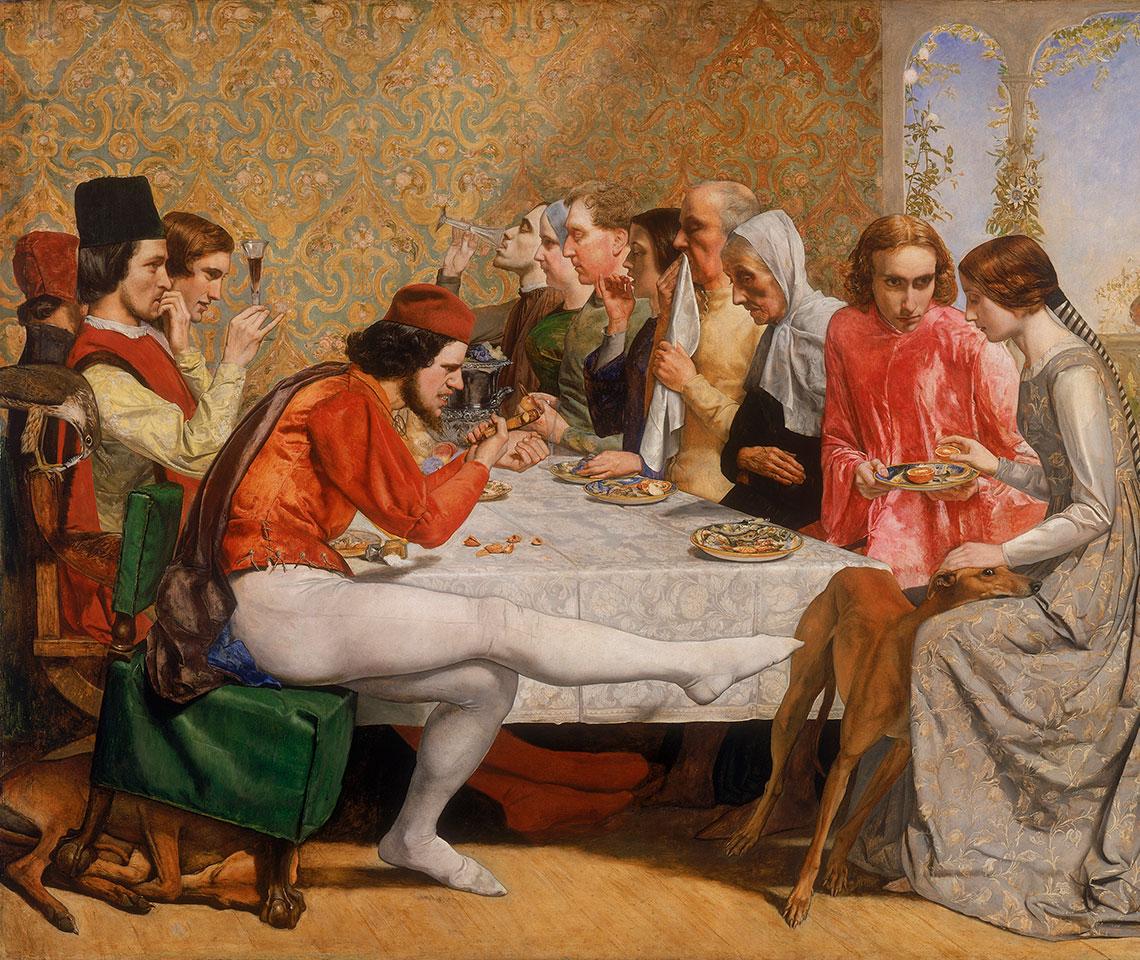 This world-leading collection of Pre-Raphaelite paintings includes Rossetti, Millais and Holman Hunt, the radicals who changed art in the 19th century.

The Pre-Raphaelite Brotherhood was formed in London in 1848. They admired the ‘primitive’ artists of the Italian renaissance in the period before Raphael. The group’s seven founders were painters, writers and one sculptor. They wanted to challenge the academic art training of the day. The three chief members were William Holman Hunt, John Everett Millais and Dante Gabriel Rossetti.

The Pre-Raphaelites pursued the idea of ‘truth to nature’. They painted in bright colours with great attention to detail. The artists often used subjects from the Bible and literature. In time they embraced modern-life themes and landscape.

Their first exhibited works, which includes Millais’s Isabella, were condemned but the group rapidly became influential. Young artists in provincial cities began to imitate them. Liverpool became a notable source of support in the mid-1850s. The Liverpool Academy repeatedly awarded its annual prize to Pre-Raphaelite paintings and the artists’ works were bought by enthusiastic merchants and industrialists.