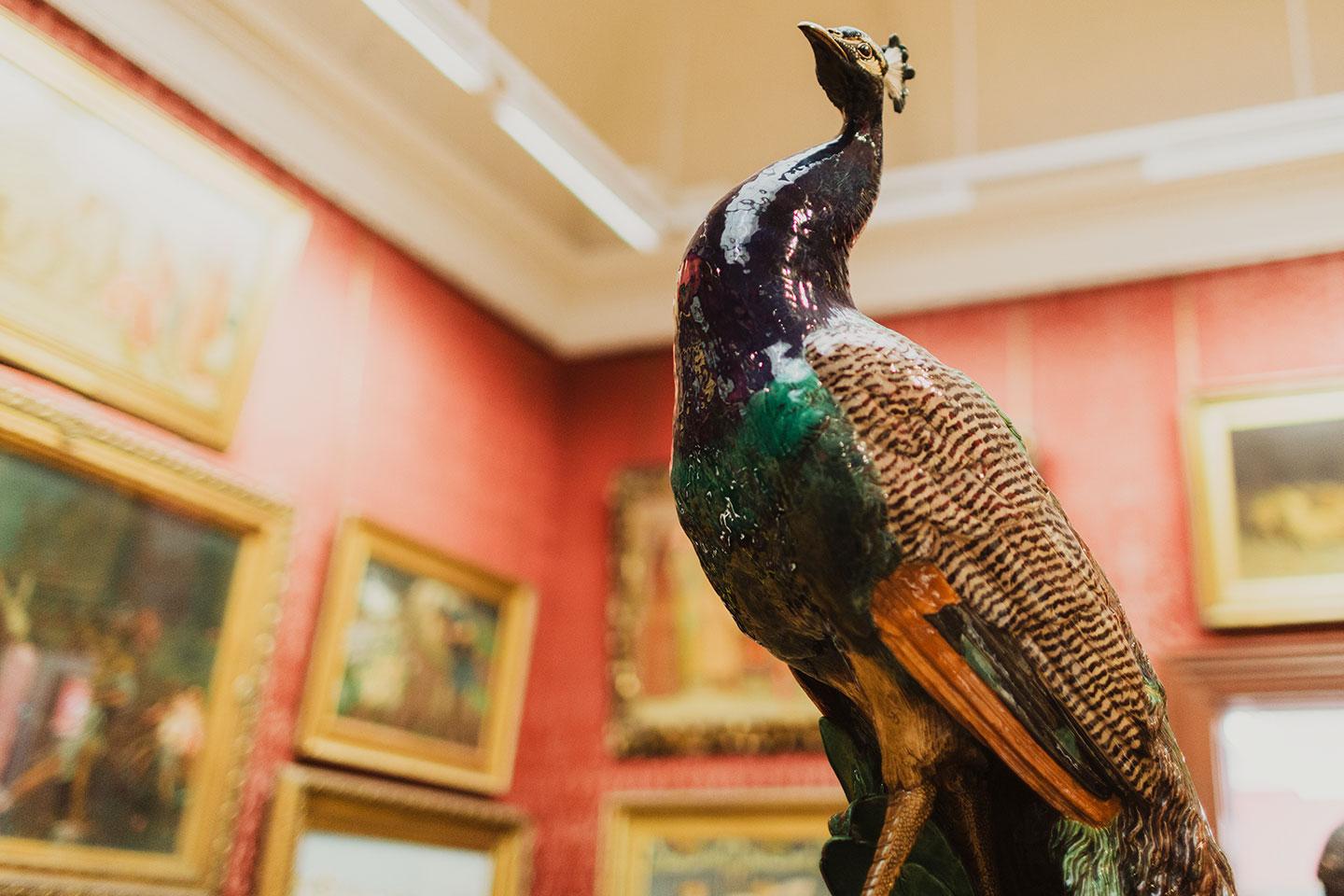 The Walker has a great collection of British and European decorative art, dating from 1300 to the present day.

On display are ceramics, glass, metalwork, jewellery and furniture.  You can see beautiful works by major makers and designers. Some are unique, some are quirky and some have a special story to tell.

The decorative art collection includes ceramics, glass, metalwork, jewellery, furniture and musical instruments. It numbers around 100,000 items and covers three hundred years of history, from 1700 to the present day.

The collection represents developments in design that were important both nationally and internationally, as well as items that were designed, made or decorated in Liverpool and the Merseyside area.

Objects that were made for a local patron, or to commemorate local people, places and events, are also included.

There are approximately 2,500 items of British and European vessel glass. They include an important collection of 18th century wine glasses and early 19th century Irish cut glass. Contemporary vessel glass is a smaller but growing part of the collection.Stained glass is also represented in the collection, ranging in date from the medieval period to the early 20th century, and including examples from many local churches.

The collection of precious metal, silver and gold dates from the 18th century to the present day and numbers about 1,300 objects. It includes a small collection of silver made by Liverpool silversmiths as well as outstanding items by major British and European makers. A collection of 1,400 base metal items, dating from medieval times to the 19th century, represents domestic metalware over that period.

There are about 300 items of furniture in the Decorative Art Department, dating from the 17th to the 21st centuries, and including pieces by several important Liverpool designers and makers, notably George Bullock and Herbert Macnair. Many items are displayed in the Walker Art Gallery and at Sudley House. The Department also owns much of the 18th and 19th century furniture currently displayed on long-term loan at Croxteth Hall, Liverpool.

The textile collection numbers approximately 10,000 items and covers the period from 1700 to the present day. It includes both secular and ecclesiastical embroideries, lace, samplers, Berlin woolwork, patchwork quilts and household furnishings. The collection includes the internationally important Wace Collection of Greek Island embroideries, numbering about 400 pieces, which the museums purchased from the collector A.J.B. Wace in 1956.

The collection of about 120 musical instruments is of international importance and covers the period from the 17th to the 20th centuries. It is especially strong in early keyboard instruments. The former Rushworth and Dreaper Collection, which was purchased from the firm in 1967, forms about fifty per cent of the entire collection.

Here are some of the highlights of the collection.