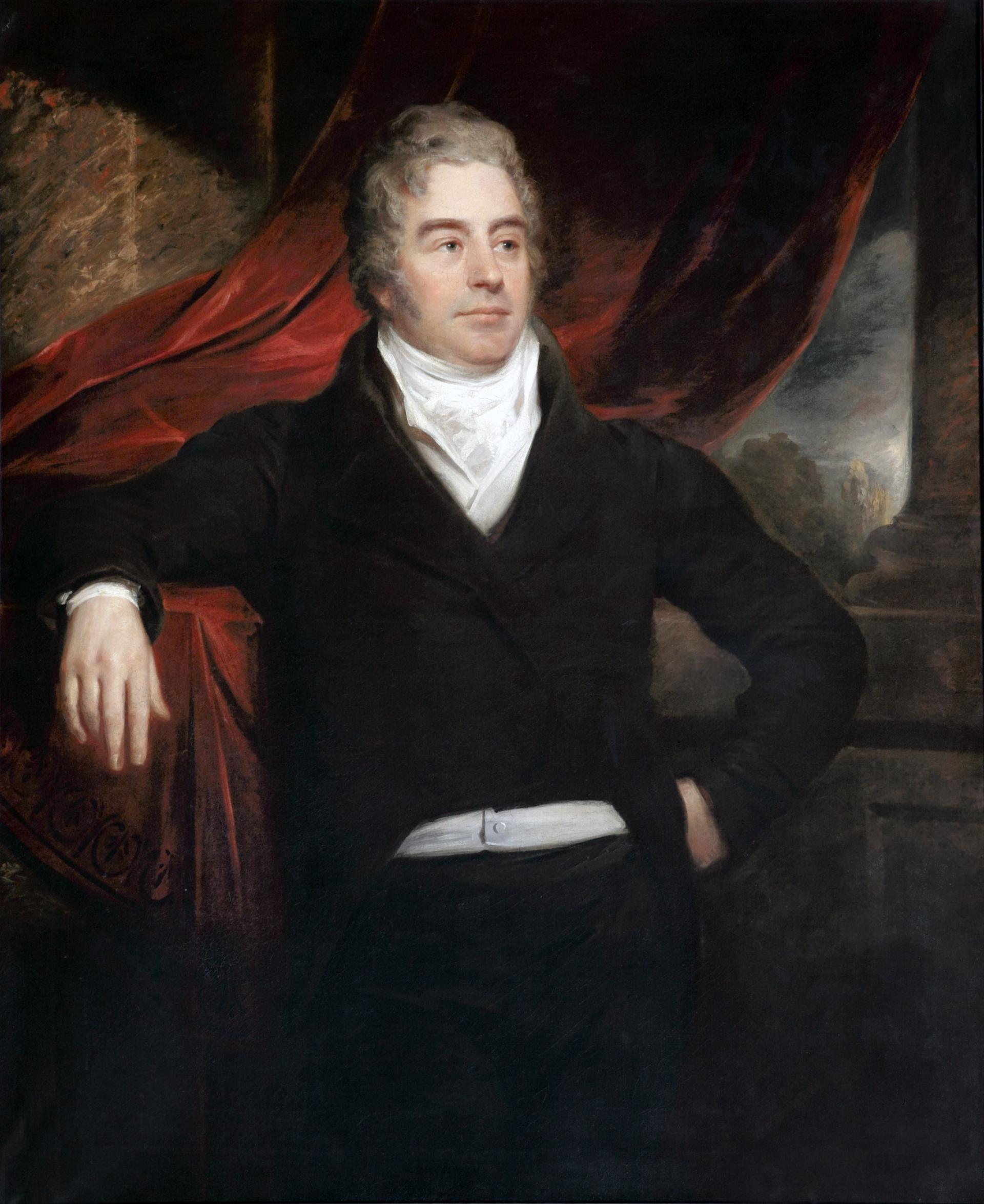 The Walker Art Gallery is researching the links to slavery, colonialism and empire in its collection. Liverpool has a long mercantile history and the city was largely built on the economy of the transatlantic slave trade. Wealthy and prominent figures, including Joseph Brooks Yates (1780-1855), Samuel Sandbach (1769-1851), James Aspinall (1729-1787), John Gladstone (1764-1851) and William Earle (1759-1838), were often considered generous and enlightened at home despite being responsible for, and profiting from, atrocities abroad. They often supported charitable, cultural and educational institutions in Britain with money funded by the enslavement of African people. Many were avid art collectors or sitters for portraits commissioned by the institutions they were associated with. These prominent figures have been described as philanthropists over the centuries and even into the present day.

The Walker has accelerated its work to decolonise the gallery, its collection and displays to address the past neglect of these histories. A recent audit of the fine art collections has identified artworks with direct links to slavery, colonialism and empire, for example through the sitter or previous owners of the artworks. Working from University College London’s Legacies of British Slavery database, we cross-referenced with our collection the names of Liverpool-based owners of enslaved African people who claimed compensation under the Abolition of Slavery Act (1833). The Act provided a sum of £20 million to compensate the owners for the enslaved people they were forced to set free. The total sum (now the equivalent of about £300 billion) amounted to 40% of the British government's yearly income, a loan that was only paid off in 2015 by British taxpayers. The audit provided a starting point for a more comprehensive understanding of the relationship between slavery and the collection. The first part of this project has focused on the artworks' sitters, previous owners and donors with Liverpool connections. The works we have identified so far can be found here.

We recognise that there is still much more work to be done. This preliminary research has uncovered many complex and often deep-rooted histories that we will continue to explore. We are committed to doing this important work carefully and methodically. We recognise that the audit itself has limitations, capturing only those who claimed compensation under the Abolition Slavery Act in 1833 and had home addresses in Liverpool.  With some of the people we have identified, such as Joseph Brooks Yates, there are additional associated works in our collection which are not included in the current group. There are for example, known links between Birkenhead residents in the collection. These will be further researched and added in due course.

There are also many more links we are yet to discover, including other people who were involved in the transatlantic slave trade, ran businesses that relied on the slave economy to operate lucratively, or whose legacies can be traced into the 20th century. We will continue to research these histories as part of our ongoing work to be more transparent about the collection’s relationship to Britain's colonial past.