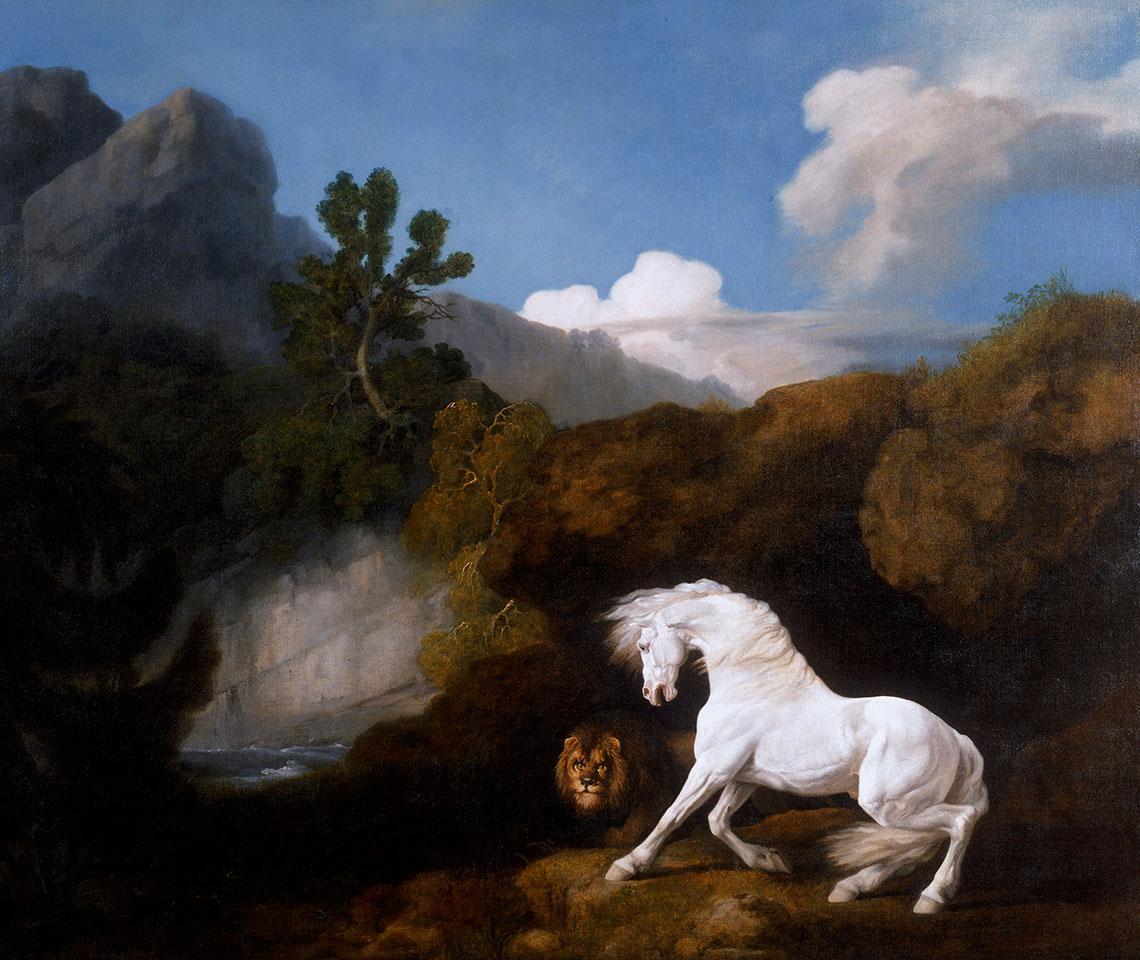 From Zoffany to Stubbs, Reynolds to Gainsborough, these portraits and landscapes highlight the social, political and cultural changes of the 18th century.

At the beginning of the 18th century England was one of the most artistically backward countries in Europe. A hundred years later, the British School enjoyed respect across the continent. Due in large part to the Transatlantic slave trade and the rapid expansion of the British Empire, Britain became richer and more developed. Agriculture and industry boomed. The values of materialism, property ownership and social order were enshrined in society. To many, Britain was a model of the modern political state. Its artists also came to epitomise modernity.

The conditions in which British art flourished were distinct from those that had nurtured other European schools. Patronage from the church and the crown was minimal. The aristocracy tended to prefer portraits and landscapes to more elevated subjects. Taste was shaped by the marketplace and the rise of the commercial classes. Many of them invested in art with profits gained through slavery and the exploitation of enslaved people.

A Royal Academy was founded belatedly in 1768. Its first President was the artist Sir Joshua Reynolds. However, the principles of academic art were less ingrained in British artistic life than elsewhere in Europe.