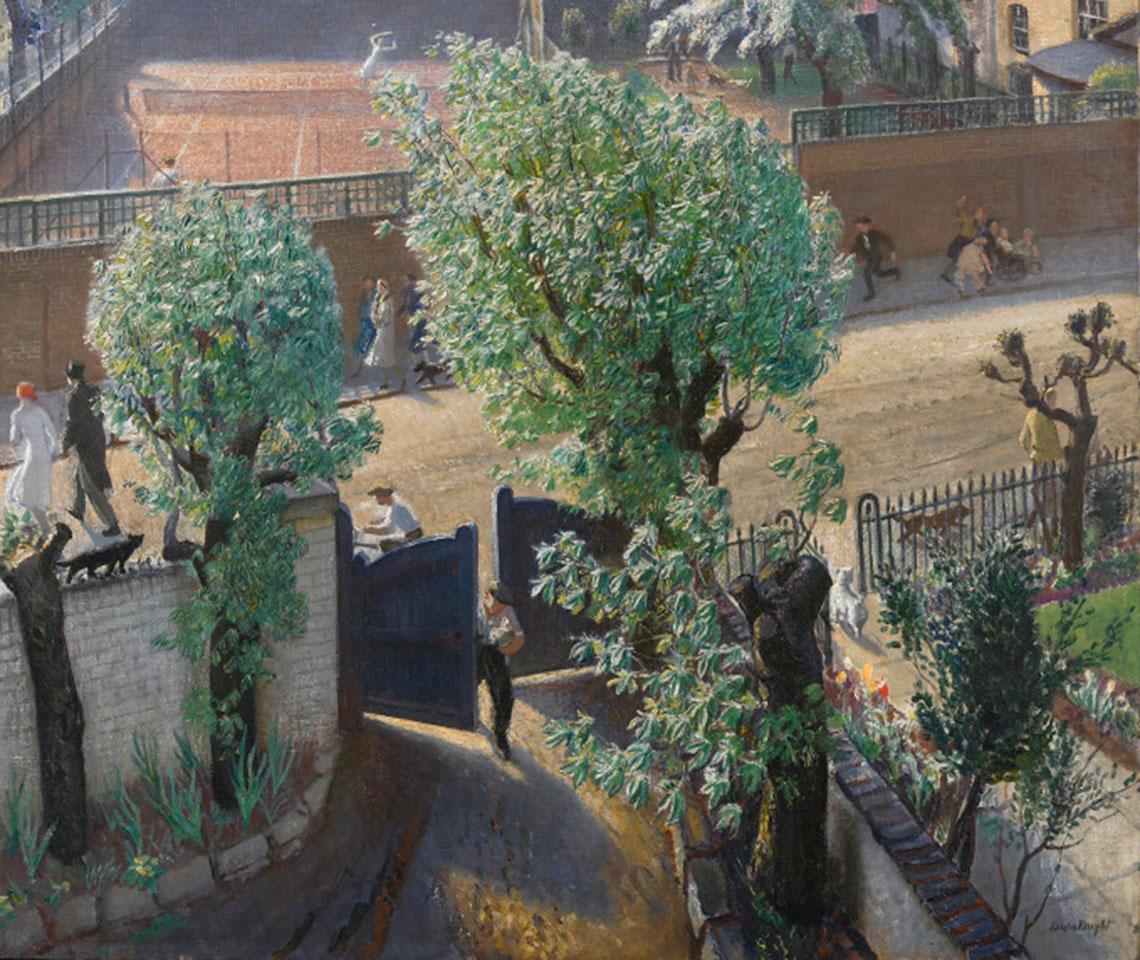 A period dominated by the two World Wars, these works mirror politics in a time of great social change with examples by the Camden Town Artists, Laura Knight and Lucian Freud.

British artists developed many different styles in the first half of the 20th century. Great social changes were taking place in Europe. Rival political groups sprang up offering new ideas about how to live in the modern world. Art mirrored politics. Competing groups were formed, each offering a new modern style. Like the political movements such as Communism and Fascism, they often gave themselves names ending in ‘-ism’.

Some British artists saw themselves as part of these European art movements. Others stood on the sidelines. These independent spirits developed unique personal styles. A few artists became studio potters. They had their own studies instead of working a factory. They disliked the Art Deco style of pottery made in factories.

Between 1880 and 1950 artists experimented with colours, techniques and materials. They wanted to show how art was made – the blobs of clay, dabs of paint and drips of glaze. They tried to capture their feelings rather than represent exactly what they saw.

Traditionally sculpture had a smooth finish which did not show the marks of how it was made. Young sculptors such as Jacob Epstein broke away from this. They allowed the process of making the sculpture to show through in the finished work. Young painters were excited by two ground-breaking exhibitions organised by Roger Fry in 1910 and 1912. These brought the work of European artists such as Cezanne and Picasso to London.

In 1911 many of the paintings came to Liverpool. The bold colours and strong outlines of the picture inspired painters such as Harold Gilman and Robert Bevan.

Britain’s cities doubled and trebled in size between 1880 and 1914. Most people had always lived in the countryside. Now most lived in towns and cities. Artists looked for escape in nature. Some painted traditional country life, others revived old country crafts made obsolete by modern factories.

From the 1880s, groups of young artists moved to villages such as Newlyn in Cornwall. They painted outdoors, breaking away from the Victorian tradition of painting in a studio. Many idealised country life, leaving signs of hardship or poverty out of their paintings.

In the First World War (1914-1918) the Government realised that Britain needed Official War Artists to record events at home and abroad. After the war, sculptors who had been soldiers, such as Charles Sargeant Jagger, were in demand to make war memorials. The War Artists Advisory Committee (WAAC) was set up for the Second World War (1939-1945). It employed Official War Artists to record the war on land, at sea and in the air. Other artists enlisted as ordinary soldiers, sailors and airmen. They were eager to described their experiences through their art. Many, like Oliver Brabbins, sold their work to WAAC for the nation.