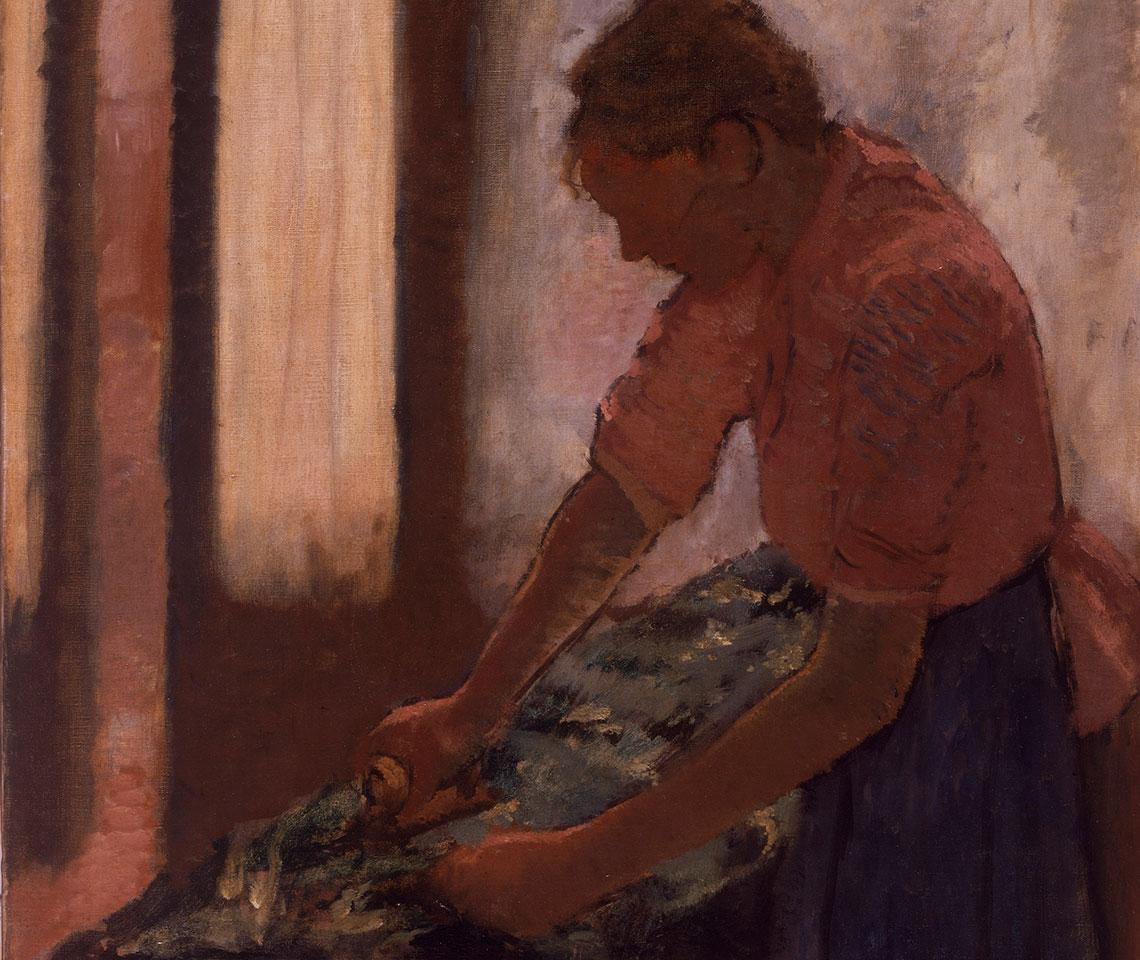 Landscapes and scenes of daily life from European artists such as Monet, Degas and Cezanne, who experimented with depicting light and colour.

The Impressionist style evolved in Paris in the early 1860s. Many painters in France and Britain had emphasised social observation, but the Impressionists were more concerned with nature and the properties of light. Artists such as Claude Monet studied changes in light and colour caused by the weather, times of day and the seasons. Other, including Edgar Degas, studied the effects of natural and artificial light on interior subjects. Their brushwork often consisted of dabs of vivid colour far removed from the more ‘finished’ canvases of their predecessors. These concerns did not entirely eliminate their interest in observing all levels of society and the changes brought about by industrialisation.

Many artists who followed were greatly influenced by the Impressionist style, while developing their own painterly language. They were still drawn to bright colour and distinct brushwork. Some, such as Georges Seurat, explored the formal qualities of composition. Others, like the British artist Walter Sickert, brought greater emotional content into their paintings.