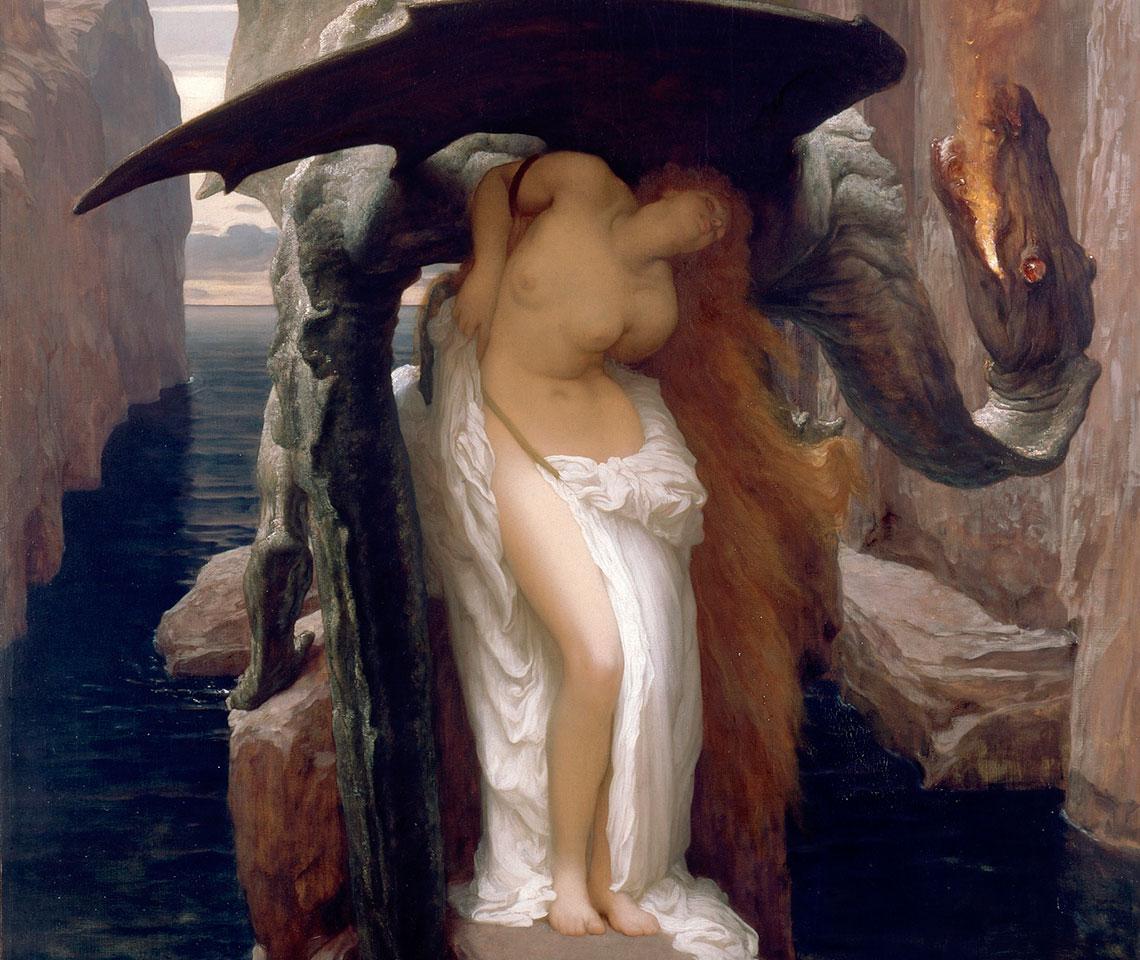 Art inspired by the classical world, literature and religion, including later works by the Pre-Raphaelites, Frederic Leighton and pioneering women artists such as Sophie Anderson, Evelyn de Morgan and Annie Swynnerton.

The prosperity of late Victorian Britain was reflected in its cultural life. Painters became rich as their work was bought by wealthy merchants and manufacturers. Opulent private collections were formed.  Public-spirited municipalities founded museums and galleries such as the Walker Art Gallery, which opened in 1877.

The Victorians saw a difference between High Art –representations of great events from literature, history, mythology and the Bible – and what they regarded as lower forms of art – realistic landscapes, everyday scenes and animal paintings. The former demanded the rendering of thought and emotion. The latter was more reliant upon technical and imitative skills. High Art, with its huge scale and its idealistic intention to uplift people’s minds, was more suited to public galleries than to private collections.

Three main styles of High Art are represented in this room.

1 The Classical Revival, led by Leighton and Poynter. This took mainly Greek and Roman subjects and aimed at a classical ideal of beauty.

2 The later work of the Pre-Raphaelites, such as Rossetti and Hunt,. They expressed spiritual and poetic ideas in a more personal form.

3 Running through both these styles was the cult of “art for art’s sake”, known as the Aesthetic Movement. This can be seen in the paintings of Albert Moore. The emphasis is on idealised beauty, harmony, form and colour rather than on telling a story.