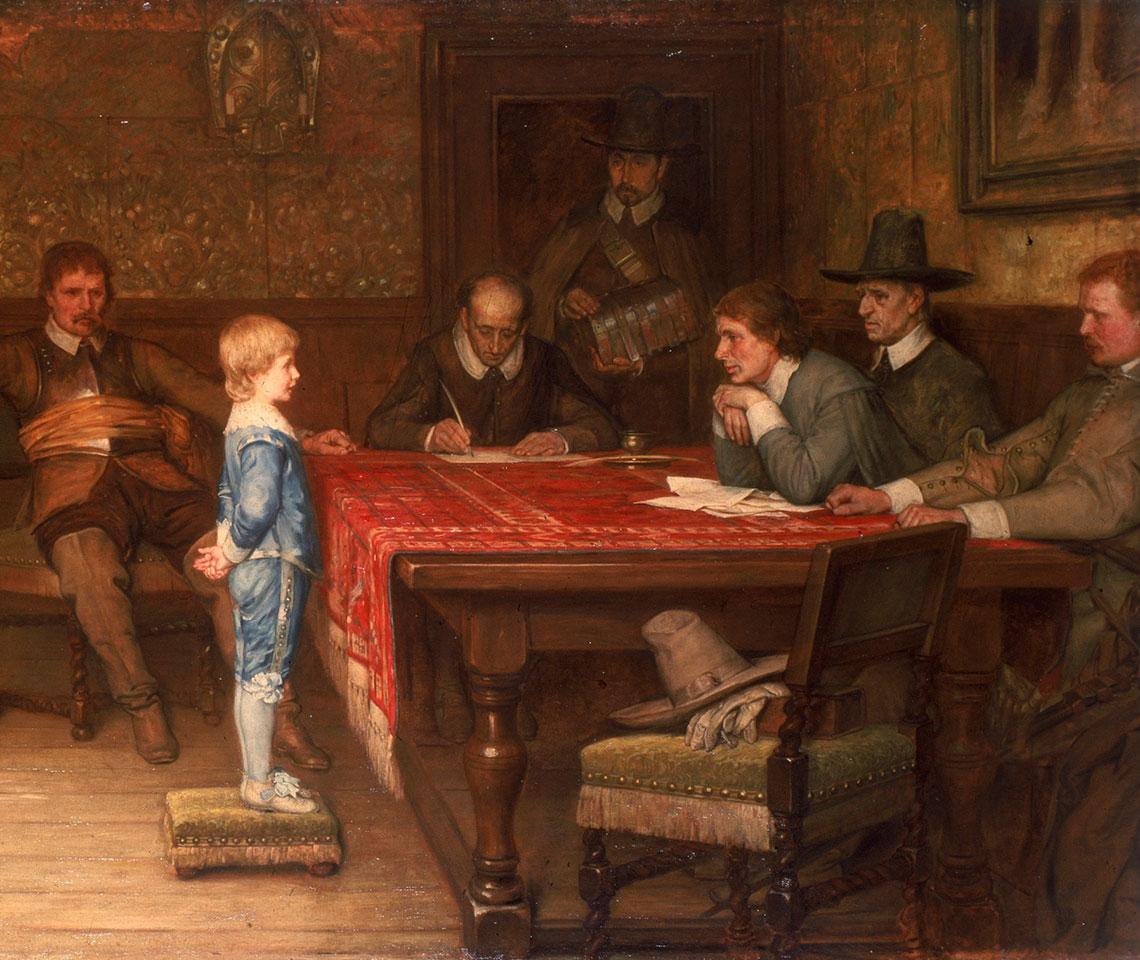 The works in this room represent the diversity of popular taste amongst the late nineteenth century exhibition-going public.

In contrast to other Victorian artists whose work dealt with classical and literary subjects, the painters represented here deliberately courted popularity by choosing undemanding, accessible subjects such as children and animals. These were cheerfully sentimental pieces such as Cotman’s One of the Family or historical narratives like Yeames’ And When did you last see your Father?

The late Victorians liked to be moved by art.  Stories telling of acts of heroism throughout the Empire were especially popular, prompting many large-scale paintings of heroes in victory and defeat. A minority of painters including Herkomer sought to draw attention to the plight of the poorest classes. These painters did not represent the cruder aspects of poverty. Their works were highly sanitised visions, designed to appeal to the sensibilities of those attending the exhibitions and not to disturb their peace of mind.