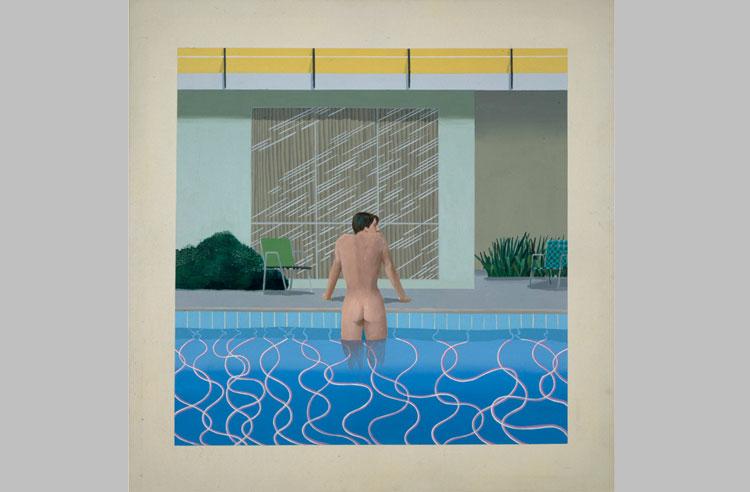 There is a long history of artists using their art as a platform to promote LGBT+ rights, and raise awareness of issues affecting LGBT communities. David Hockney, for example, has described much of his early work as ‘propaganda of something I felt hadn’t been propagandised as a subject: homosexuality.’

In the United States, especially, during the late 20th century many artists and art collectives, like Keith Haring and Gran Fury, used their work specifically to raise awareness of HIV/AIDS. Elsewhere collectives such as OutRage! fused art and protest by creating spectacular political performances that draw on the queer cultural traditions of camp and drag to raise awareness of inequality. Though there are few objects in our collection that overtly function as LGBT+ activism in this way, there are several that are aimed at subtly increasing the acceptance of same-sex relationships and different gender identities, simply by picturing, or documenting them, in the public realm.