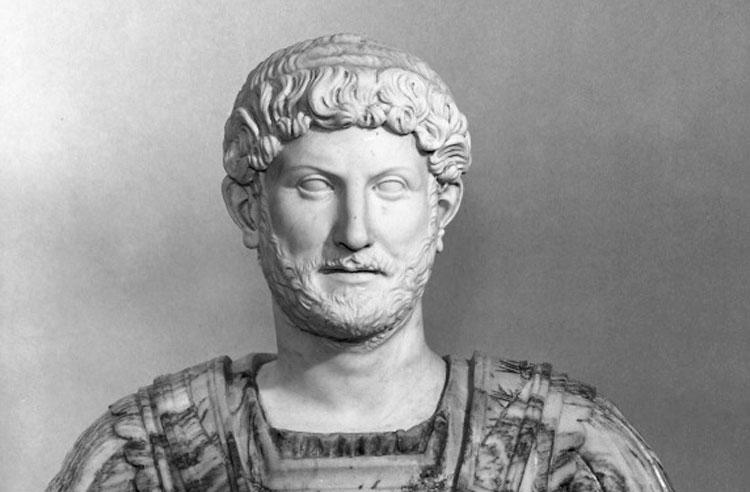 Antinous and Hadrian are the most famous homosexual couple in Roman history.

Hadrian became enamoured with Antinous, a younger man renowned for his beauty and invited him to join his tours of his Empire.  In AD 130 Antinous drowned in the river Nile and Hadrian was devastated.  Reports said that Hadrian wept for him ‘like a woman’. Hadrian mourned Antinous’ death intensely and publically rather than in private as was custom.

Statues of Antinous were built throughout Hadrian’s Empire, he was deified (worshipped as a God), and a new city named Antinopolis was founded near the site of his death.