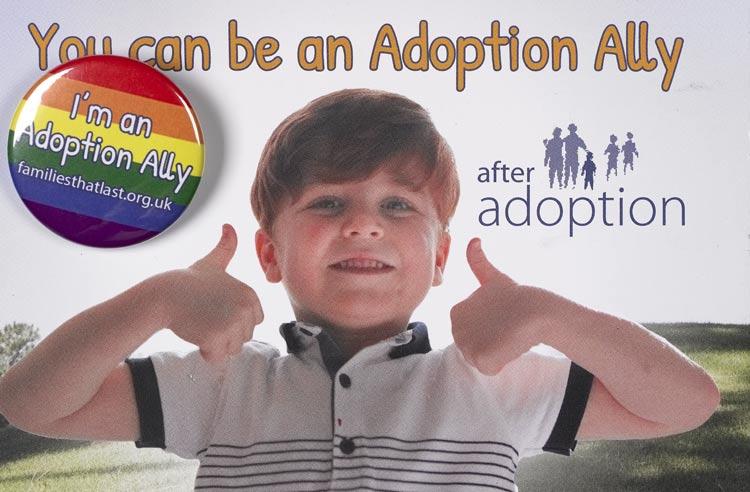 Families can be extremely diverse and our understanding of what can make up a family has changed considerably within recent generations. As well as those related by blood, families can include sisterhoods, fraternities, close friendships, and relationships.

This is part of the Love and Relationships collection.

Since 2005 same-sex couples have been able to adopt children in England and Wales (2009 in Scotland).  Previously, adoption was only open to those who were married which, at the time, barred same-sex couples.

The artworks, oral histories and objects here all have an LGBT+ connection to families and belonging.