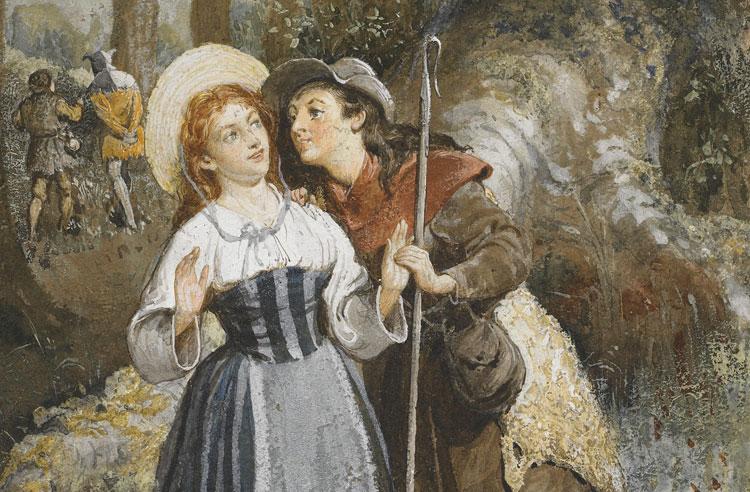 Celia and Rosalind are characters in William Shakespeare's play 'As You Like It'.

They flee together from the court of Celia's father, Duke Frederick. They pool their funds and set up a home together in the forest. To avoid being recognised, Rosalind dresses as a man and calls herself Ganymede. Celia disguises herself as a shepherdess called Aliena.